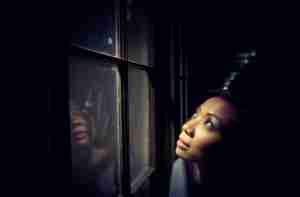 Bipolar Disorder is also sometimes called manic-depressive disorder, and often develops during a person’s late teens to early adulthood. A person with Bipolar Disorder experiences extreme changes in mood, most often moving from periods of depression to periods of what is called “mania”. During a manic episode, the person might require very little sleep, and appear to be extremely excited and happy. Manic episodes can also be characterized by impulsive behaviors, rapid speech and recklessness, which the person experiences as a euphoria or “high”. In contrast, depressive episodes are experienced as extreme lows, during which the person feels tired, unmotivated, irritable, and sad. There are different forms of Bipolar Disorder, and not all symptoms are this extreme. Additionally, a person can have a “mixed episode” in which characteristics of mania and depression are present. Eating disorders occur much more frequently in people with Bipolar Disorder than in the rest of the population.

Bipolar Disorder must be treated with both medication and therapy. Mood stabilizers, anticonvulsants, and antidepressants are the most common medications prescribed for this disorder. People with Bipolar Disorder might be resistant to following their medication regimen, especially when they experience more frequent manic episodes.