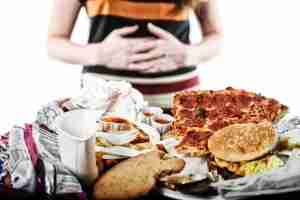 Binge Eating Disorder (BED) is characterized by episodes of eating large amounts of food, beyond the point of feeling comfortably full. People struggling with BED feel embarrassed and guilty about their eating, and often eat alone. After periods of binging, there are no purging behaviors, but sometimes there are periods of fasting or dieting.

Research shows that Binge Eating Disorder is the most common of all eating disorders. Two thirds of binge eaters are women. Most individuals develop the disorder during adolescence or early adulthood.

BED can have a significant impact on the health of those who suffer with it. Roughly 65% of people with binge eating disorder are obese, with even more being generally overweight. Individuals who develop binge eating disorder often have issues with depression, anxiety, substance abuse or self- esteem. People with BED often also suffer with negative body image, and a variety of physical and emotional issues related to this disorder. In addition, research shows that a high percentage of those with BED have histories of trauma and sexual abuse.

A Team Treatment approach is most effective in treating BED, as it involves both psychological and physiological components. Standard Medical care, Psychotherapy and Nutritional Guidance with a Registered Dietician are all components of successful treatment for BED. Anti-depressant Medication prescribed by a physician can be indicated. Cognitive Behavioral Therapy (CBT) has been shown to be effective in treating the mental and emotional aspects of Binge Eating Disorder.