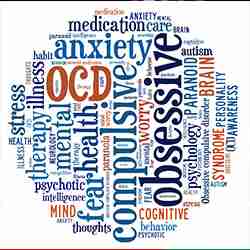 Cognitive Behavioral Therapy which integrates Exposure Therapy has been shown to be effective in treating Obsessive Compulsive Disorder. A skilled therapist must help the person challenge his or her distorted beliefs. In cases of moderate to severe OCD, therapy can be even more effective when coupled with the use of medication, most often SSRIs.